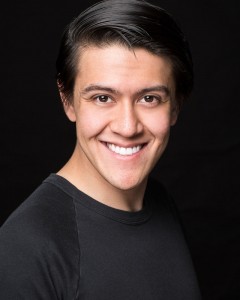 Ryan holds a Bachelor of Music (Performance – Classical Voice) from the Sydney Conservatorium of Music and a Bachelor of Arts (Communications – Media Arts and Production) from UTS. He has performed nationally and internationally as a soloist in concerts, recitals, and operas. Ryan regularly performs as a soloist for large-scale events. Recent highlights include singing in Hooked on Classics at the Sydney Opera House and Hamer Hall, Melbourne (2019), touring concerts with The Australian Tenors (2018), and performing as one of the Stars of Australian Opera at the Carols in the Domain on live national television (2015-2018).

Ryan has been awarded multiple scholarships, most recently the 2017 Berlin Opera Academy Elizabeth Luxon Memorial Scholarship and Robert Earl White Memorial Scholarship, along with a 2017 Pacific Opera Sponsored Young Artist scholarship. He was awarded a full scholarship to represent the Sydney Conservatorium of Music at the 2016 Estivo European Chamber Music Summer School in Verona, Italy, where he gave solo public concerts and worked with international coaches. In 2015 he completed a concert tour with associate artist David Miller AM with the Sydney Conservatorium New Northern Tour, performing as a soloist in concerts across Northern Regional NSW, Australia. Other highlights include being a finalist in the 2015 Elizabeth Todd Lieder Scholarship.

Ryan has also performed principal roles in musical theatre, including Ralph Rackstraw (HMS Pinafore), John Howard (Keating! The Musical), The Beast (Beauty and the Beast) and Crisostomo Ibarra in workshops for a new musical adaptation of Noli me Tangere.

Prior to his operatic career, he enjoyed a career in filmmaking and corporate video production where he won awards both nationally and internationally for his films and produced videos for clients ranging from small start-ups to multinational corporations.